Interactive Video—What You Need to Know

Interactive video allows users to, well, interact with the content through clicks, scrolls, gestures, and more. Unlike traditional video, interactive content puts the viewer in control over what they see and allows marketers to capture more information about how users interact with the material.

Brands are catching on to the benefits of interactive content, with a reported 36% of all video content containing some interactive elements. On the consumer side, interactive video has 44% longer watch times than traditional video.

Below, we’ll explore some of the many benefits of adding interactive video to your strategy, who should try it, and what kind of technology you’ll need to get started.

What is Interactive Video?

Interactive video is a type of video that allows brands to engage their audience with clickable, customizable experiences. While interactive videos are a relatively new medium, they’ve shown a lot of promise when it comes to engaging audiences and tracking content performance–making this a valuable addition to any marketing strategy.

According to a recent study, 70% of marketers report that interactive video is an effective tool for engaging audiences, while another 68% say that they believe the medium will continue to grow in popularity, becoming a staple of today’s omnichannel content mix.

In these next few sections, we’ll explore some different elements that you can add to your video content to create a more interactive experience for your audience.

You might create an explainer video that tells your viewers who you are, what you do, and include an evaluation form to help you pre-qualify leads.

Additionally, you might also use interactive content as an alternative to static forms, allowing users to enter name, business email, and other critical details to opt-in to future communications from your brand.

Here’s an example of how a credit card company might collect customer data to personalize their offer: 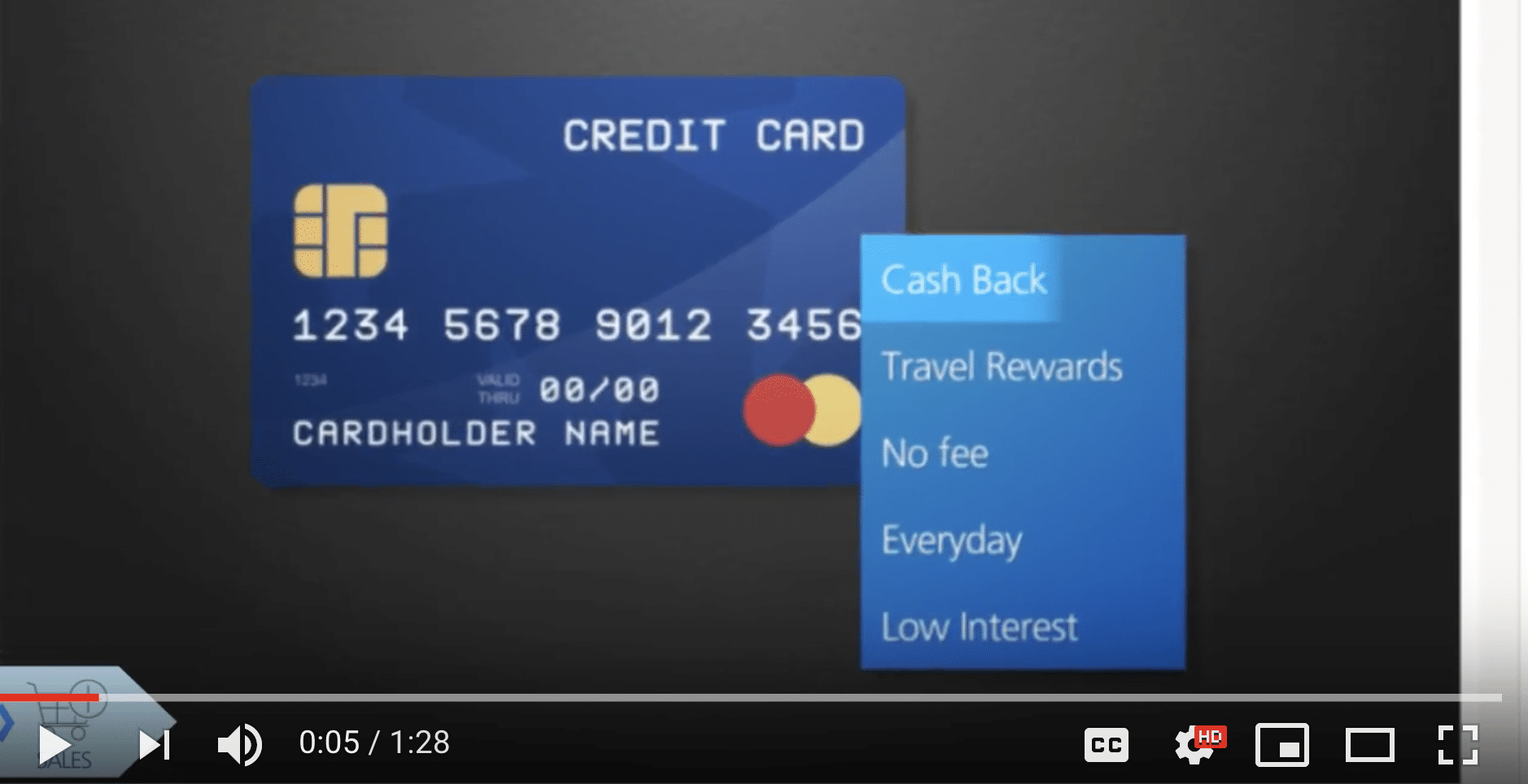 Ultimately, interactive video presents a new opportunity to collect information about your prospects, allowing your company to better cater to their unique set of needs.

One of the more common ways to introduce an interactive element to your video content is by adding hotspots. Hotspots are trackable, clickable tags that can be used to introduce information to the viewer when they click. Hotspots might direct viewers to another section of your website or the video – or they might offer a text explanation for key concepts.

360 views allow viewers to drag their way around the screen within a video frame so that they can see in different directions.

This 360 video example comes from Jack in the Box, as part of a broader campaign for “Brunchfast,” an effort that extended the fast-food chain’s breakfast hours. The video allows viewers to get inside the head of the brand’s mascot, Jack, to see where the inspiration for this new brunch-breakfast hybrid came from. 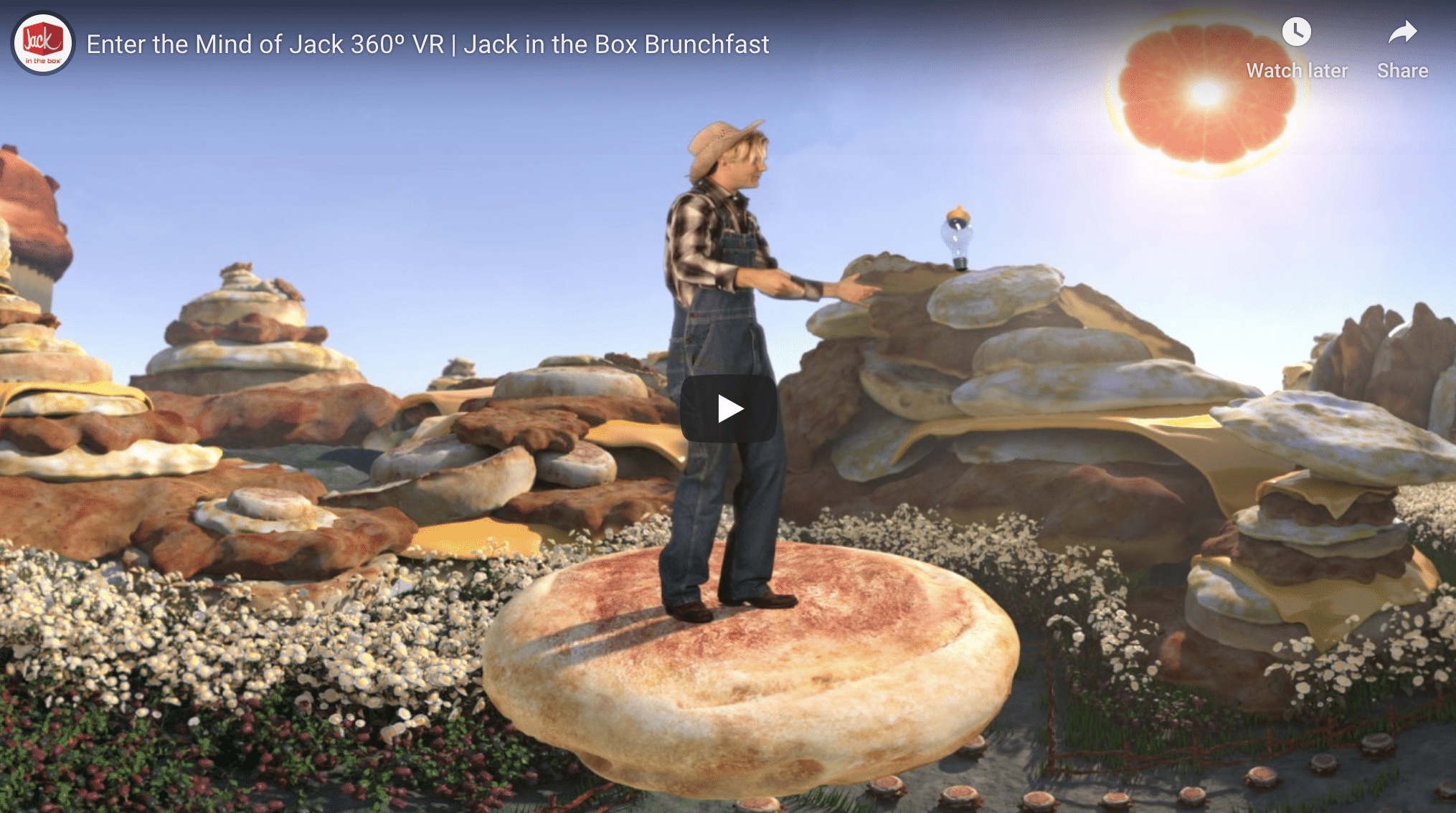 Branches represent the different paths a user can take to customize their experience with the content. One of the best examples is the “choose your own adventure” set up, such as Black Mirror’s Bandersnatch.

Branches are a way for marketers to gamify video content in a way that isn’t possible with traditional video.

Below, we’ve included an example from the medical website, Healthline. While this type of content is more “serious” than a Netflix “choose your own adventure” vehicle, Healthline proves that this approach can work for a variety of brands and applications. 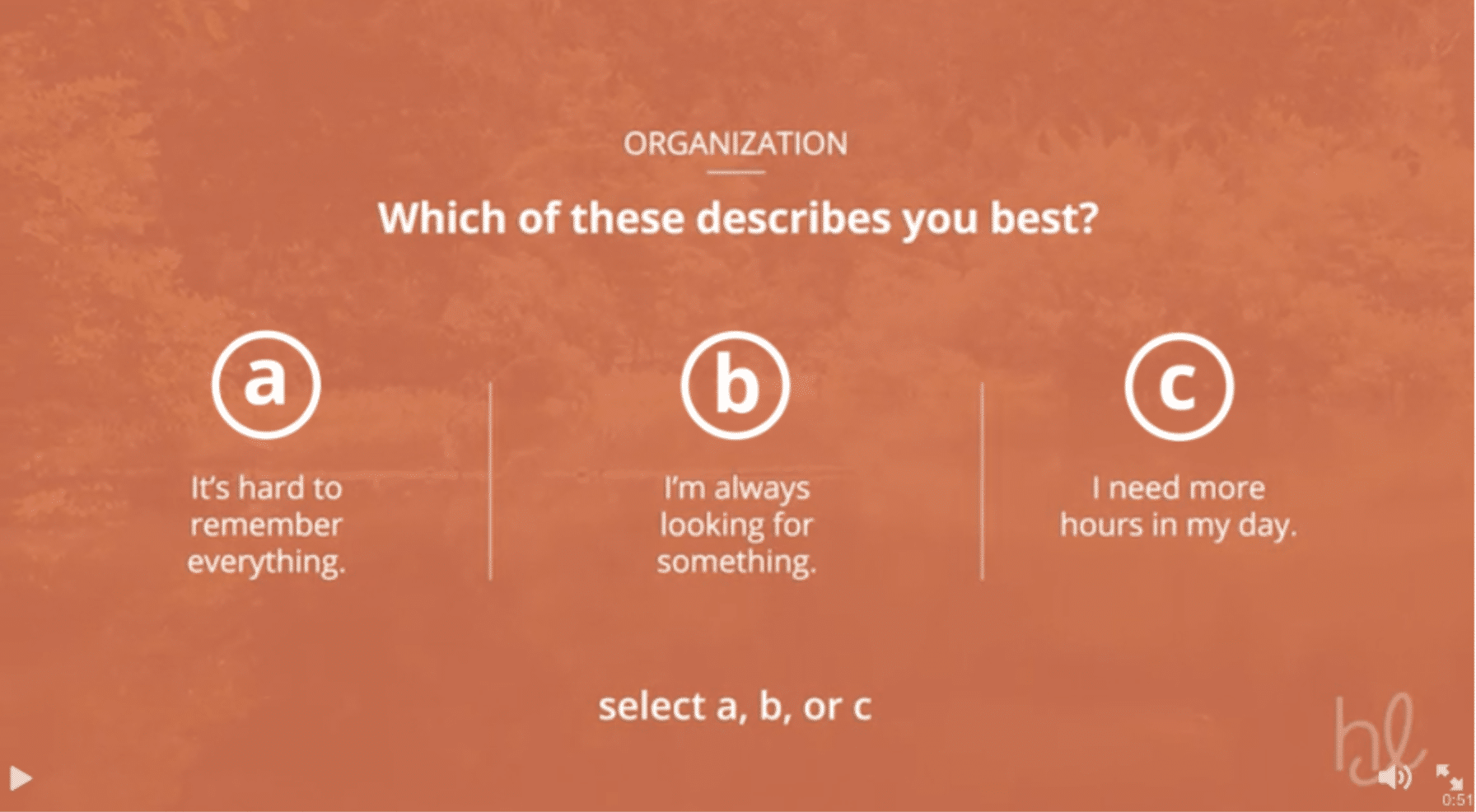 Here, the medical website has created several content paths for users to choose from based on their own medical information.

Interactive video may also combat a major problem that all marketers deal with: the shrinking attention span. While video has long been touted as a way to capture attention in a way that text-based content can’t, adding interactive elements can take things a step further.

Distractibility is all too common with traditional video, with a reported 87% of viewers saying that they use more than one device at a time. It’s easy to imagine viewers watching YouTube on their laptop while scrolling through their phone at the same time.

With interactive video, the experience is more active than passive, with one 2016 study showing that adding interactive components to video content resulted in a nearly 600% increase in user activity.

Until recently, video metrics were limited to views and watch times, presenting a problem for people who found it difficult to prove the ROI of their content. With interactive video, marketers now have an opportunity to collect powerful data, correlating activity to conversions, click-throughs, and awareness.

What’s more, interactive video allows marketers to do more than track conversions. They can now collect information about which hotspots users click, the paths taken through branching, capture data through form fields, and more.

Interactive video can breathe new life into old content, allowing content creators to add hotpots linking to existing blog posts, videos, and event registrations such as webinars. You might also integrate video content with interactive calculators, apps, or shopping carts – or even use this medium to create training materials with interactive components.

Tools You Can Use to Track Interactive Video Campaigns

Here are a few examples of some popular platforms marketers are using to track their performance:

As you can see, interactive video is an effective tool for marketers hoping to compete for attention in an increasingly competitive online space.

With more potential for engaging your audience than traditional video, interactive content allows brands to delight and educate their viewers with features like hotspots, 360 views, and branches specific to each segment.

Interested in working interactive video into your digital strategy? We’re here to help. At Echelon Design, we’re experts in helping brands tell their stories through broadcast-quality video, animation, and visual effects. Click here to learn more about how we capture and captivate audiences and turn them into loyal fans.